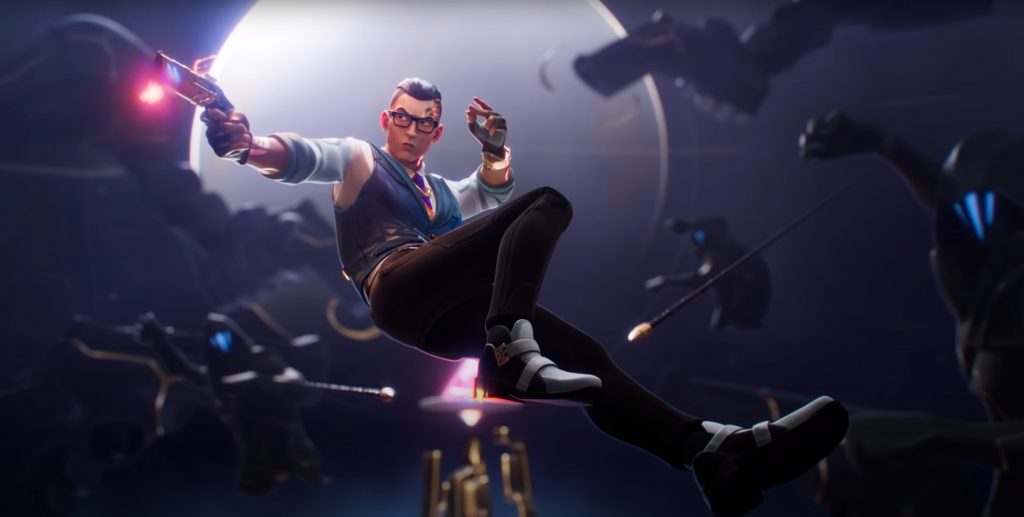 Valorant is preparing to host its Valorant Champions Finale (VCT) in Berlin in December, and the world will watch! However, the global valorant players aren’t left without a Valorant Patch 3.10 update!

The New Valorant Patch 3.10 is globally live as of 17th November 2021, and here’s everything it brings!

As promised, the eagerly awaited New Valorant Patch is globally available after solving the pending New Valorant Agent gameplay issues. The second last annual valorant update of the year brings a variety of fixes and improvements to the game. The developers have bundled significant rank-ratio improvements by focusing on enhancing the competitive gameplay experience even further for its players.

But, before you learn all about it, follow the steps below to get the latest Valorant game on your system.

The complete Valorant Patch Notes are released officially by Riot Valorant. The rewards from Ranked Rating Competitive gameplay matches are reestablished, and you should know them to improve your Valorant Rank!

Playing solo or in pairs against a full 5 stack team has long been a subject of debate among the Valorant community. While the skilled players appreciated the extra RR obtained by winning such matches, others were rather sour about it.

To effectively fix such concerns, because the Riot Valorant developers do take its community seriously, the Ranked Rating is re-calibrated! Read on to find out how playing with friends above your Valorant rank is now possible within the same party!

Valorant smurf has plagued many Valorant players within the lower rank matches for a while, and developers have a solution!

…removing All ranked restrictions from 5-stack parties in Competitive Queue.

Although such a change is astonishing, it is ultimately fantastic for every valorant player indulging in competitive valorant matches. If skill disparity is your greatest concern with this update, fear not. Concrete ruleset measures are enacted in the queuing system to prevent scenarios abusing the competitive gameplay integrity.

While its pending to see how it changes the Valorant Meta, here’s what can unfold with this adjustment:

Your party will only match with a 5 stack team with a similar MMR average.

The reward sum of RR depends on the disparity of rank within the party individually.

-> For instance, facing 50% RR reduction in a full-team with the lowest player at Silver 1 & highest at Platinum 1.

The rank disparity is only 1 rank above and below the previous standard group restrictions.

-> Similar example except with one Bronze 1 player, one Silver 1, and one Platinum 1 player, gets team 75% RR reduction.

It is because the rank disparity between Bronze and Platinum is 4 levels against the previous standard group restrictions.

The queue could take an indefinite amount of time to pair you only with another 5-stack team having a similar MMR.

All members of a 5 stack will face a 50% RR reduction, with respective greater reduction for higher-ranked players.

-> For instance, facing 75% RR reduction to all in a party having 4 Immortal rank players & 1 Diamond 2 player.

It is because the skill disparity is significantly higher between one of the players with others.

• When one or many Valorant Players are Radiant Rank Players

The queue could take an indefinite amount of time to pair you only with another 5-stack team having a similar MMR.

A Radiant Valorant player engaging in a competitive game with any other rank will automatically get 90% decreased RR gains.

Moreover, parallel to such 5 stack team arrangements, developers are removing 4 stack queue arrangements from Competitive matches. Such a change is made to prevent the playing experience of the solo player from being typically worse or dissatisfactory.

Aside from providing a better experience in Competitive Valorant matches, several other in-game updates are bundled with the patch. Additionally, though there is no word regarding the release of Valorant Mobile, players can experience the following PC game changes:

Valorant has launched a New Valorant Agent, and it’s a Sentinel-class agent called Chamber. The range of Chamber Abilities has already been introduced during the launch of the Valorant 3.09 patch.

Yet, let’s explore him formally since developers couldn’t previously release him sooner due to unresolved performance issues concerning his gameplay.

The Valorant New patch 3.10 brings the French Weapon Expert Chamber, a precision kill expert carrying a unique arsenal. His abilities can help to trap or confuse enemies and tag them from afar when utilized correctly.

His voice lines do reflect a French accent & he’s said to carry a contingency plan for practically every situation. Sounds promising? Let’s check out his unique abilities!

Engage the ability to access and PLACE two anchors using which you can teleport. REACTIVATE while in range to teleport to the secondary anchor swiftly. Players can pick & redeploy the anchor.

Used to summon a lethal custom sniper rifle that kills the enemy with a direct hit. The kill will also create a lingering field that slows other players caught within it.

ACTIVATE to obtain a Heavy Pistol. Engage the ALT FIRE to view ADS.

PLACE a trap that will scan for any enemy movement in the proximity area. Upon an enemy entering the scan area, the trap counts down to destabilize the terrain, building a lingering slowing field, causing delay to enemy movements.

The Valorant New patch sure seems exciting for players awaiting the new Valorant Chamber Agent. It will be better to practice with the agent first in the Custom/Unrated game mode to understand his abilities better. Lastly, we recommend not picking the agent for a competitive game without properly familiarizing yourself with his abilities.  Happy Gaming!