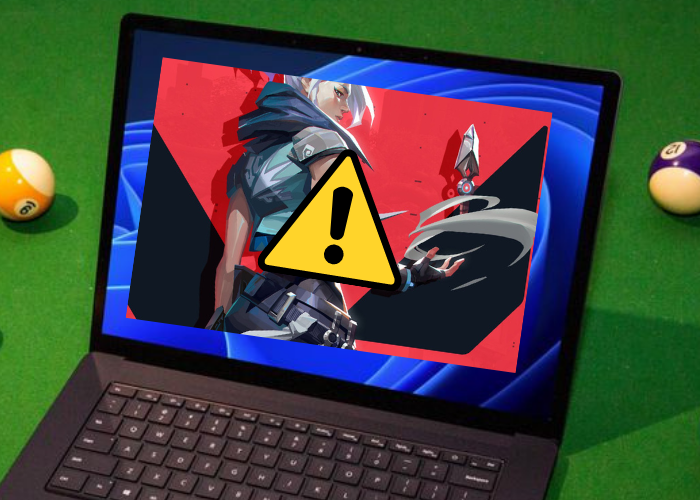 Valorant is approaching its Episode 3 Act 2 Phase, which the players will obtain just a day before the beginning of the VCT Stage 3 Masters Berlin Tournament on September 9th, 2021. It is confirmed that the release of the New Act 2 will also feature a new Battlepass featuring more gun skins than ever! Thus, the valorant gaming community has plenty to look forward to for the month of September as long as they can run Valorant on their Windows PC.

Some users have found that they’re facing an error after launching the game, preventing them from playing Valorant on their Windows computers. Now, the game does support older Windows versions, all the way back to Windows 7, but the recipients of this particular Windows 11 Valorant Error are known to be running the Beta Windows 11 version.

If you aren’t already familiar with the upcoming global launch of Windows 11 on October 5th, 2021, you should also know that not all Windows PC and Laptops may be able to run it. It is because the newest Operating System being released requires a few essential features that are only available in modern computer systems.

However, beware of the possibility of a Valorant Windows 11 Ban, which might happen to you under special circumstances.

Windows users that are already a part of the Windows Insider Program to get Windows 11 belong to either the Dev Channel or the Beta Channel. While it is possible to play Valorant despite belonging to either of these channels, a new Valorant error has surfaced for some users who may be behind on their recently pushed Windows 11 Cumulative System Update(s).

The name of the error isn’t official but based on the image of the dialogue box, but it can be said it’s the Valorant Error 9001. Valorant Players must know that it is only a speculation that differences in the Windows operating system cause the error because it may also be related to the Valorant Client facing issues with the Windows version.

Either way, along with this error, users will obtain the Valorant Error 1067 in their launched Valorant Game, which will only offer the option to quit the application.

If you’ve also experienced these errors after launching the game, you can address a few possibilities to start playing valorant as usual, and we’ll help you solve them.

Users running Windows 10 may also get the Valorant Error 9001 if their systems don’t have the latest version of Windows Feature Update. The same can also be said for users accessing Windows 11 via the Windows Insider Program.

Microsoft has been working on making the Windows 11 OS ready for release via accepting feedback from the users running different versions of Windows 11 available on the respective Dev & Beta channels.

The updates have received positive feedback as they have fixed several issues besides providing new features to enhance the User Experience. Still, it can be possible that your systems may not have the recently pushed Windows 11 Cumulative System Update. Thus, let’s install them first before running Valorant.

Following the instructions provided above should hopefully help you run Valorant Windows 11 on your computers. If the error persists, please check if the Riot Server is functioning properly or simply write to the Valorant Support Team, who will reach out to you as soon as possible. Happy Gaming!

This site uses Akismet to reduce spam. Learn how your comment data is processed.