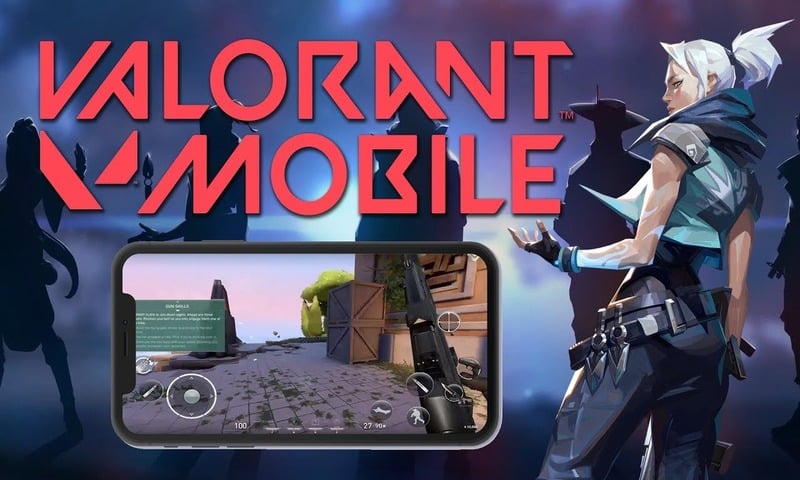 The breakthrough game of last year; Valorant is defying all the doubts and is welcomed by the Esports fraternity wit wide arms. If you want to survive in this game, you will need to think faster than your enemy and act quicker than your foe to eliminate them and claim the glory. Similarly, Valorant for mobile is eagerly awaited to do the same, but when’s the launch?

Immaculate graphics, jaw-dropping gameplay, futuristic weapons, and uniquely entertaining special abilities. It was not a question of if but it was a question of when this exciting game will make its way to mobile gaming. FPS game junkies are waiting for the release date of this amazing game and can’t wait to get their hands on this while using their mobile as the battleground!

All this clout of Valorant for mobile begins with data miners discovering new strings of code and a mobile UI from the last year. That fueled the speculation that Riot does have a plan regarding launching this action-packed game on the mobile platform. However, as of now, the game is still a work in progress and stuck in the developmental hell for quite some time now.

Things that Points Out Riot’s Plan to release Valorant for Mobile:

The Mobile FPS gaming scene is at its peak with the games like PUBG, Call of Duty, and even Fortnite reigning supreme in the gaming lobby. If you have played Valorant on PC then you will be craving a mobile version from day one as you will love slaying your enemies while lying on your bed!

The chance of scoring your frag while sitting on your sofa is a very big opportunity to miss and hence, Riot decided to put their foothold in the mobile gaming industry. Riot has shown lots of interest in the platform and they know what it will mean for the game and the company’s revenue.

Valorant teased the game fanatics with a string of mobile UI code found in the game’s file as per the 1.08 patch. When data-miners were working on finding signs of the game coming to mobile, they found a statement that said: “action to perform when double-tapping on the right side of the screen”. This was the sign that proved Riot’s intentions to enter the mobile gaming market and release a handheld version of the breathtaking FPS game.

Will Valorant on Mobile Work?

There are many examples of multiple popular shooting games that have made a swift transition from PC to other platforms like console and mobile. Fortnite is one such example of a successful transition as they made the move from PC to mobile with over 6 million downloads.

Another heavyweight game that made the switch from PC to primarily mobile was Player Unknown’s Battlegrounds. The multiplayer battle royale announced themselves to the mobile gaming platform and even changed their name to add mobile in the title to make it more realistic and relatable to mobile gamers.

Each of these popular shooting games has thrived on mobile platforms with millions and millions of downloads. With the mobile industry on its zenith, it would be a great venture for Valorant. The game has already built immense popularity in multiple different countries and it would only be bound to grow on mobile. Riot Games have shown great interest in different platforms, which allows mobile fans to keep hope.

With games like PUBG, Call of Duty, Fortnite, and Apex Legends jumping ships and announcing their debut in mobile gaming, it is now time to see when Valorant makes its way to our small screen smartphones and provide us with battlefield gaming and console-like graphics on our mobile screens.